According to the TIOBE Index, Java in these days is more popular than several widely used programming languages including Python, C++, C#, PHP, and JavaScript. The usage statistics posted on various websites depict the massive popularity and significance of Java in today’s world.

Java is a general-purpose programming language. Some developers prefer using Java for building desktop GUI applications, while others develop a variety of web applications by leveraging Java technologies. At the same time, Java is also used widely for developing mobile apps and games for Android – the mobile platform with the largest installed base. Here we are going to discuss some important points that explain why you should take Online Java Classes.

There are also a number of reasons why Java will remain important over a longer period of time.

Java is currently one of the mature and stable programming languages. But Oracle Corporation frequently updates the programming language with the support of a vibrant community. Each new version of Java comes with several new features and enhanced performance. For instance, the latest version of Java supports both functional and concurrent programming. Also, it comes with several new features like a new date/time API and improved Nashorn JVM JavaScript engine, while supporting parallel processing and lambda expressions. These new features make Java compete with other JVM-based languages more efficiently.

The bytecode makes it easier for programmers to deploy the application code on any platform that supports Java. Also, they can easily port the application from one platform to another without compiling the code repeatedly.

The syntax rules of Java are based on the syntax of C and C++. Hence, beginners find it easier to learn and use Java within a shorter amount of time. At the same time, Java is a concurrent, class-based and object-oriented programming language. As Java supports common object-oriented programming (OOP) concepts like inheritance, polymorphism, abstraction and encapsulation, it becomes easier for programmers to make the applications modular, extensible and scalable. Also, the developers can take advantage of certain Java libraries to implement object-oriented design principles more efficiently.

Java beats other programming languages in the category of rich application programming interfaces (APIs). The programmers have the option to use a variety of Java APIs to accomplish common development tasks without writing additional code. Some of these APIs are shared by large enterprises, while others are uploaded by members of the community. Based on their requirements, the developers have the option to use APIs for database connection, input/output, networking, utilities, security and XML parsing. They can further combine these APIs with various open-source Java libraries to boost the application’s functionality and performance without putting extra time and effort.

The developers also have the option to avail of a variety of frameworks, libraries, IDEs and development tools for Java. They can take advantage of robust IDEs like Netbeans and Eclipse to write readable and quality Java code. They can even avail of the advanced debugging capabilities and code completion features provided by the IDEs to make the Java core maintainable. Likewise, the developers also have the option to use a wide variety of open-source libraries shared by large companies and individual developers. The programmers can further make modern web applications rapidly by using robust Java web frameworks like Spring, Play, Spark and Dropwizard. These frameworks, libraries, IDEs and development tools make it easier for programmers to write a variety of applications in Java without putting extra time and effort.

The security features provided by Java make it easier for programmers to develop large and enterprise applications. The Java Virtual Machine (JVM) evaluates the intermediate bytecode to prevent the application from performing unsafe operations. The developers can further avail the advanced security management features of Java to prevent the untrusted bytecode from accessing specific features and APIs by running them in a sandboxed environment. At the same time, the developers can also avail of the robust security APIs provided by Java platform, along with performing user authentication and using secure communication protocols, that is why developers trust java more than other languages.

Java was originally designed for embedded programming. But many developers prefer C and Python over Java while developing embedded applications for systems with constrained memory. They now have the option to take advantage of the Java ME Platform to standard runtime environments for building a variety of embedded applications. In addition to including built-in network protocols, robust security, and a flexible user interface, the micro edition of the Java Platform also supports a wide variety of mobile and embedded devices. The applications developed using Java ME can run on smartphones, tablets, sensors, gateways, printers and personal digital assistants (PDAs). These features will encourage more developers to use Java ME in the future for embedded computing.

Java is one of the programming languages that currently support the Internet of Things. Project Jigsaw aims to make the programming language run on a wider variety of small and portable devices. However, the project still aims to maintain Java’s scalability, networking, maintainability, security, performance and other features while making it run on smaller and newer devices. That is why; Project Jigsaw has already proposed a design and standard module system for the Java SE Platform to accomplish its objectives. Once the proposal is implemented, programmers will use Java for writing a wide variety of Internet of Things applications.

At present, big data is one of the hottest trends in application development. Most companies nowadays want the custom application to gather, store, access and share a huge amount of structured and unstructured data efficiently. Java does not come with built-in features to facilitate the development of custom big data solutions. But the Java developers can take advantage of Hadoop, Accumulo, ElasticSearch, HBase and similar Java-based tools to build custom big data solutions according to varying needs of businesses and the main thing is Java secure enough for developing enterprise applications.

12) Support of a Vibrant Community

A large community helps Oracle Corporation to make Java more dynamic and concurrent. The members of the community recommend new features and functionalities required to make Java score over other JVM-based programming languages like Scala and Groovy. The community also works consistently to boost Java’s performance, scalability, maintainability, security and networking. The members also explore ways to make Java compatible with smaller and emerging devices. The efforts of the community will keep Java popular in the longer run.

Java was originally developed by Sun Microsystems, and was subsequently acquired by Oracle Corporation. Before the acquisition, Sun Microsystems made a large percentage of Java implementations available under the GNU General Public License. The license enables both individuals and enterprises to run, share and modify the specific Java implementation without paying any licensing fees. Hence, the developers can take advantage of these Java implementations without increasing project overheads. However, they have to incur additional expenses to avail of certain Java platforms and technologies.

On the whole, a Java developer can use Java directly for writing desktop GUI applications, web applications and mobile apps. The flexibility and versatility make Java a general-purpose programming language in the true sense. At the same time, the Java frameworks and development tools also contribute hugely towards making Java one of the most popular and programming languages of the year. That is why a lot of small business owners also use Java for application development. These features will further keep the importance of Java intact over a longer period of time. 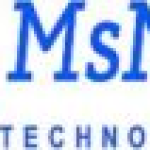 How to Set Up New WiFi Extender