These are the top 5 and most widely used VoIP development technologies. Let’s have brief of each:

Asterisk is in existence since 1999 and in December 2018 Asterisk 16.1.1 version is released. It is an open source telephony software which is filled with a wide array of PBX (Private Branch Exchange) features. It also supports all different codecs, media gateways and protocols. Thus, it can be used for any type of VoIP development project with an aim to build a reliable VoIP solution.

It is also an open source VoIP development solution and it is in existence since 2006. The latest version of the FreeSWITCH is released in January 2019 and it is named as FreeSWITCH 1.8.5. It’s also a Private Branch Exchange Solution. It is most appreciated for its capacity of handling multiple calls in parallel. Hence, it is very useful in developing wholesale VoIP solutions.

OpenSER is the original name of Kamailio. Since 2002 Kamailio is in existence and it was launched with name OpenSER. Here SER stands for SIP Express Router. In 2008, the OpenSER renamed to Kamailio. The Kamailio is a SIP Server and it can be used to develop server based VoIP solutions with expert VoIP development.

It was a part of OpenSER and parted its ways from OpenSER in 2001 and launched an independent open source solution, called, OpenSIPs. It is used by the VoIP development companies to build VoIP solutions with multiple channels, such as, voice, SMS, video, etc. Also it can build robust communication solutions which can withhold the quality even in too much of call load. Thus, it is also used as load balancer by the VoIP Development companies.

These are the top 5 VoIP development technologies and their brief to take you closer to the world of VoIP technologies. 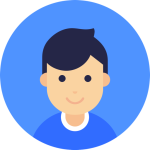 How to hire a freelancer for Google Ads