What is Fire Alarm?

A fire alarm system is used to detect and identify fire or fire in the building, fire alarms warn the peoples of the building about fire via a sound alarm. The main components of fire alarms are smoke detectors, heat detectors, gas detectors, manual call points also called ‘break glass’ a when a person detects a fire he can manually raise an alarm, bell or alarm sounders. The main advantage of fire alarms is an early warning, it has a capacity to save life and property, it has low cost and fire alarms can be placed in a preferred location.

Now a day’s fire alarm systems are of smart sensors, intelligent control panel, and integration with other building services.

The fire alarm is to detect fire and convert into electrical signal can operate the alarm.

When a fire occurs then the alarm system sends pulses through electrical circuits to the control panel to run optical and sound signals. The optical signal indicates.

This system works manually by a person pressing an alarm button. Manually call points are shared in all building sections. The alarm is processed by breaking the glass cover so that the signal is sent to the control panel.  Fire alarms combine with the second electrical sources with the main source so the devices work in case of main source breaks.

Map of alarm devices shares inside the building next to the main entrance because easy to identify the place of fire.

Fire alarms can be used in places and halls where the occurrences of fire incidents are more. These systems operate by detecting the flames or heat. This system is automatic no need to depend on the human regarding operations. This system can detect fire in no time and reducing the size of damages.

There are four components are there they are

Sensors are of different types and they are

The smoke detector works based on the optical rays. If there is a fire incident occurs, Smoke rises and crosses the optical ray then the alarm works. The distance between each detector should not be more than 7.5 meters.

Beam detector should be installed on the highs from 6 meters to 10 meters and if the beam detector height is more than 10 meters then it won’t work when there is a fire.

Controllers are mediators between sensors and alarms. Every controller has a Fire Alarm Control Panel (FACP). FACP consists of Monitor, PCB, and Battery. The monitor is to view the options and information. PCB is Printed circuit boards is an Input/output Electronic board. The battery is used to extend when the main power cut. The fire alarm system will work even when the power cuts.

There are two types of controllers are there they are conventional and addressable type.

A conventional type is an open-loop system it cannot detect fire in a room instead it will detect zone wise which consists of more than a room. For example, a building is divided into zones each zone consists of some rooms. If there is a fire in a room the controller cannot detect the room but it detects the only zone which contains the room. This type is less expensive.

The addressable type is a closed-loop system where it can detect fire in a room in any zone in the building. For example, a building is divided into some zones, every zone consists of a room and every room contains address. If any fire incident occurs in a room controller can detect the room because the address of the room appears on the controller monitor with the help of a microprocessor. This type is more expensive.

There are two types of alarms are there they are sound alarm and sound and light alarm. The sound alarm sounds like a bell, horn and like sirens. The light alarm is strobe light which lights like flash of the camera.

A fire alarms system is used to detect the fire and smoke. The fire alarm operates to alert people to leave the location where fire or smoke incident occurs and fire alarm will sound to notify the people to alert from the fire incident. Fire alarms can be used in homes, schools, churches and businesses and functions as a catalyst to saving lives. Many alarms sound like beep, horn, bell, and siren. 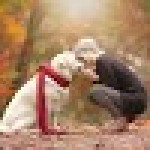 CARING FOR YOUR WOOD LATHE TOOLS

Types of Marble Flooring in India