No, it’s not going to be only about Anil Kapoor and Priyanka Chopra, we have even better examples of Indian celebrities now who take pride even in the slightest mention they get in Hollywood.

Hollywood, being the largest entertainment industry worldwide, even when Bollywood creates higher number of movies every year, is coveted by the actors and artists all over the world. In India, the craze, the frenzy of getting a “chance” is so much that actors and artists here take pride in even the most unworthy of appearances they get in Hollywood.  Of course, winning an Oscar or a Grammy is so high a bar, that most of the Indian celebrities settle themselves for whatever little they get to be associated with Hollywood.

The most obvious example is that of Anil Kapoor and Priyanka Chopra, the standards of whom were raised considerably after Anil Kapoor got an appearance in Mission Impossible 4: Ghost

Protocol, and Priyanka Chopra getting the whole series of Quantico as the lead. No matter how little Anil Kapoor was noticed by those in Hollywood in the movie, or how unpopular Quantico is internationally. These Bollywood stars got just what they wanted: an upper hand between their Indian contemporaries. Remember the gap that was suddenly created between the success bars of DeepikaPadukone and Priyanka Chopra after Quantico?

As mentioned earlier, these two actors are not the only one who went gaga over their associations with Hollywood. There are many more celebrities who are taking pride in even less minute incidents, appearances, and even mentions they get in association with Hollywood.

The most recent example is that of Hazel Keech. This Bollywood lady is popular mostly because she is now the wife of famous Indian cricketer Yuvraj Singh. The other, comparatively minor reasons of her popularity are her side role in Salman Khan’s Bodyguard. Also her short life as a contestant of Bigg Boss 7, and her more-popular-than-her item number AaAanteAmlapuram.

Hazel Keech however, take most pride in her teeny-weeny extra role that she played in three movies of Harry Potter Franchise, based on Harry Potter books by J.K. Rowling. In her recent interview at Miss Fields, she opened up, and rather revealed her unnoticed extra role in:-

1. Harry Potter and the Philosopher’s Stone

2. Harry Potter and the Chamber of Secrets

3. Harry Potter and the Prisoner of Azkaban

She was filled with happiness, pride, and praises for the cast and crew of Harry Potter movies. Even called them more “professional”

and more attentive to little details than Indian film makers. She completely neglected her bigger projects and called her Harry Potter experience as the best experience of her entire career.

Yes, this is the extent to which Indian artists and celebrities value even the minutest appearance or association with Hollywood. No wonder Sunny Leone was happily dumbstruck when she got a text message asking her for an appearance in another popular fantasy fiction series Game of Thrones, based on the books of G. R. R. Martin. Don’t worry she’s has not gotten any role in GOT.

The truth is that general public is now well-aware of the obsession Indian celebs have with Hollywood. Hence have come to playing pranks related to Hollywood on them. Yes, my friends, the message was fake. But it had the expected effect on Sunny Leone, just like any other Indian Celebrity.

To conclude, I don’t think such pranks can stop these celebrities and artists from dying for appearances, roles, and mentions, in Hollywood. It has now, become the ultimate goal almost every artist’s journey in Bollywood. 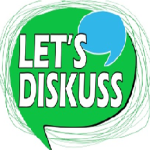 Four Important Phase To Build Up Your Affiliate Website

How to Use and Dose Liquid Detergent for Clothes

How to Get Rid of Mosquito bites Indoors

1 thought on “Why Indian Celebrities are obsessed with Hollywood”